U2UK have won the hearts of U2 fans all over by performing in Europe and beyond, including U2’s after show party at the Heineken Stadium for two consecutive nights on the Dutch leg of the Vertigo Tour.

Over their sixteen year history, they have played to audiences all over the world, from Jersey, Beirut, Romania, Portugal, Spain, Malta, Azores, Ireland, Cyprus, Sweden, Holland, Belgium and of course all over the UK, and to crowds from as intimate as one hundred to over ten thousand; it’s easy to see why U2UK are Europe’s Premiere U2 Tribute Show

Performing songs spanning four decades of some of the greatest rock anthems ever written, U2UK recreates the most captivating moments of the tours which have earned U2 their reputation as ‘The World’s Greatest Rock Band’.

Performed in our Waterside Arena with Licensed Bar and Burger Shack 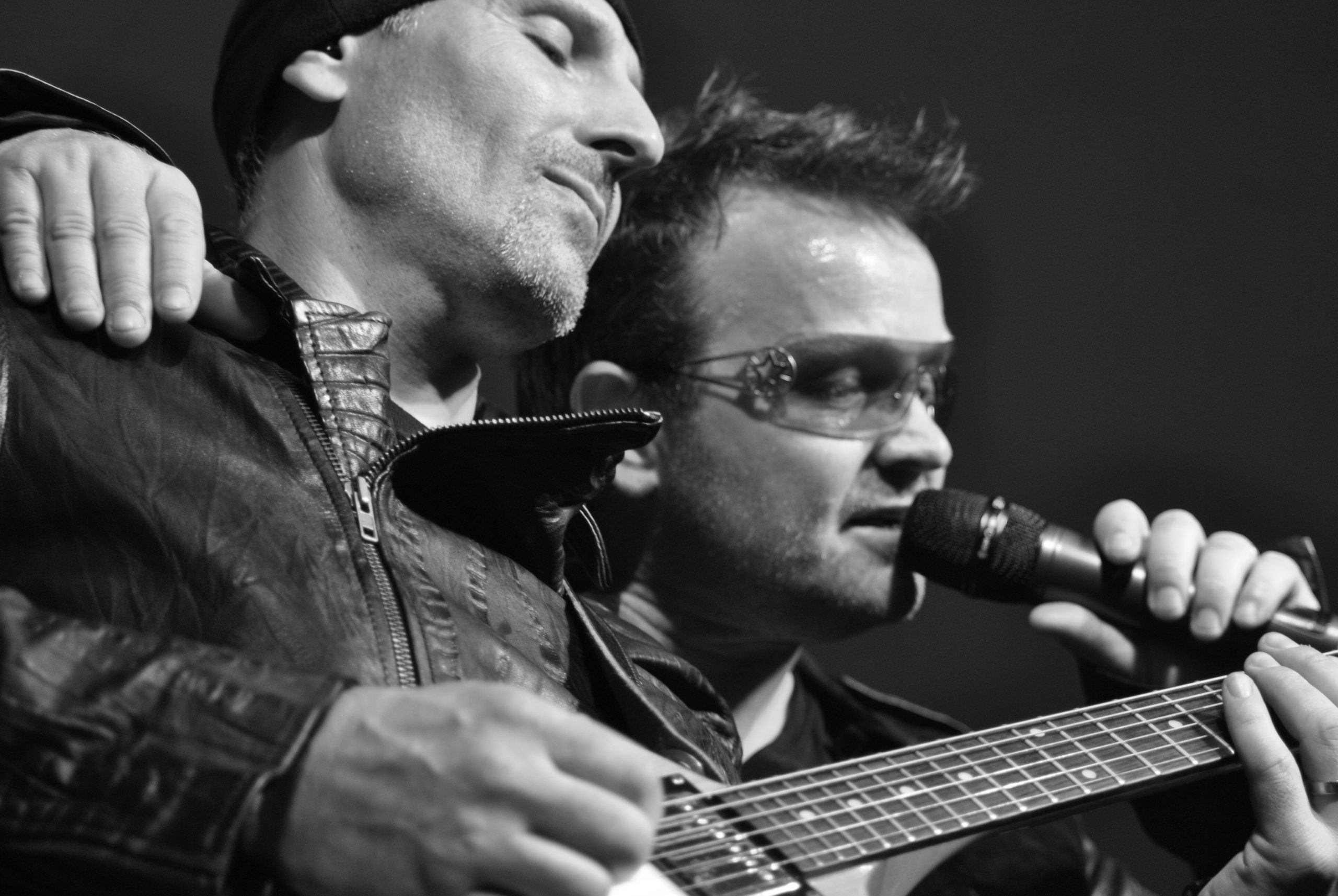 High profile gigs for U2UK include European stadium shows, huge summer festivals in the UK and abroad, a tour of the UK’s finest racecourse venues including Bath, Lingfield, Newark, Sandown and Royal Windsor, and corporate events for clients such as Noel Fitzpatrick, Channel 4’s world renowned Bionic Vet, the Isle of man TT races, Carling, Heineken, Ducati, ING Bank and Egg Finance… and to top it all played in front of a volcano on Pico Island in the Azores!

If you are booking your group for a celebration and would like a shout out, please email events@visitconkers.com (This is not guaranteed for every event)